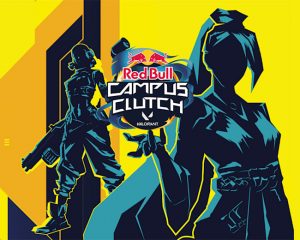 Here at ACE we’re really excited about this year in esports. With the uncertainties of 2020 fading away we’ve seen a lot of interest in the return of competitive events. We’ve already had the Autumn Tertiary Cup, and back in January Redbull announced Campus Clutch, a national and international Valorant tournament. Universities from over 50 countries have tested their skills and strategies qualifying for what is shaping up to be the biggest collegiate esports event ever. Australia held qualifiers through April to announce a representative for the international finals on May 29th.

After four days and over fifty teams trying out for the qualifiers RMIT Black fought their way through the brackets into the finals: Minzin cutting through the competition with Jett, Orangepearl striking with Viper and Prophet making sure every game was a banger with Raze. By the time finals came around on April 24th RMIT Black were up against some fierce competitors.

We spoke to RMIT Project Manager Matt Joyce for more details:
What was the competition from other universities like?

“The competition from other universities was tough. Going into it there were some scary rosters with players I knew from out of non-university tournaments such as LPL (League of Legends Pro League). The main teams we were careful of were Aeroplane Jelly, RGB Durags and AGG Academy. The finals against Sigma Males pushed all of us to our limits, it took a while for us to understand how they play and abuse their weaknesses.”

How did RMIT set up its Valorant team?

“The RMIT Esports & Games club management created an application form for players to try out for the teams. Once we knew how many players wanted to trial, we made a few different teams around the same skill level scrim against each other for a long night. While the teams were scrimming we spectated and took notes of who was performing well (across many different aspects such as communication, mechanics, and mental strength). After a few days of discussion, we formed our best team RMIT Valorant Black with the roster of Prophet, Suave, Vik, Minzin and OrangePearl.”

How did the team prepare for the event?

“RMIT Valorant Black prepared mainly with off campus online scrims and strategizing, we created different strategies and tested them in scrims against similar teams. From these, we strengthened the team’s communication, ability usage and confidence.”

For their struggle and success RMIT Black took for their university $12,500 worth of prizes from Intel, AOC and Steelseries: Redbull’s partners in Campus Clutch. Come May 29th RMIT Black will be competing against the world’s top tertiary teams for a chance at the grand prize of $30,000 and the opportunity to witness the Valorant Masters Event in Iceland.

Joyce remains tightlipped about RMIT Black’s strategies in the upcoming international finals and for good reason. International qualifiers have been ongoing since March, the last few qualifier matches being Turkey, Taiwan and Brazil. The national finals for Kenya and Ireland are being held on the 15th of May.